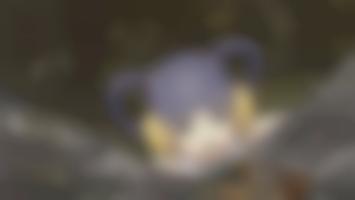 Itsuki (also known as Puff) defeated Red Minotaur with her shrinking powers and conquered his castle. Puff said he can leave but then with his threats, she decided to keep him forever as a slave inside her castle because even with that size, he was still a threat since he still has allies on the war. Red Minotaur kept shrinking a bit more some days later. Puff had the idea to glue him between her buttcheeks to show to all her enemies and her allies too, what she does to evil warriors who tries to dominate other territories like Red Minotaur was doing.

Click here to donate and you will become a VIP member! Get access to private posts, private animations and much more!